The report is a product of a three-year process (2017-2020) of inquiry, learning, co-creation, and validation with community-based organizations (CBOs) who are current or past grantee-partners of Firelight. FOCOLD was one of the partners who collaborated with Firelight on the research study and in the development of the report. It aims to develop a clearer and deeper understanding of how change comes about at the community level, and how funders can more effectively support it.

In the last few years, we have seen changes in the global development landscape that are recognizing that development globally has had limited success in effecting lasting changes. This is a practical recognition from our point of view. The other recognition is that we need to look for a more ethical justice-oriented perspective which places an importance in shifting power, centering community, and thinking differently about what it means to create a more just world. The truth is we cannot keep perpetuating the traditional charity aid approach – there must be more side by side seeking of justice and equity.

About 3 years ago when Firelight started this research, the global conversation about shifting power and decolonizing aid was not as strong as it is now. What Firelight was trying to do at that time was understand how to be more effective in supporting community-based organizations. As they continued research, they discovered that there is little literature on the effectiveness of community-based organizations, and how best to support them. Through this journey, they learned from their CBO partners and unpacked topics such as the role of CBOs in effecting lasting change, what CBOs need in order to be effective in their context, and how to best support them.

Firelight noticed that there was hardly anything documented in the literature around the actual perspectives of CBOs about the process of change and how the impact is sustained through their activities in the communities they serve. So, they were eager to make sure that the incredible insights that their community-based partners were sharing were documented and featured in the literature, so they are valued and recognized going forward.

Observations from the Report – Sadaf

The fundamental takeaway for me from this finding is that for lasting impact and change to be achieved, the community must be at the center of it. It must be owned and driven by the community and those changes must address underlying systems and root causes. We can’t keep focusing on reacting to symptoms. Globally, there is a conversation going on about systems change, but these discussions are mostly focused on national level strengthening; and I think what our findings have shown is that community ownership and action have to be part of our systems approach.

The third skill that really stands out to me in community organizations is the strategic partnership/collaboration that they intentionally establish and build with different stakeholders – government officials, community leaders, elders, and even children and youth. These strategic partnerships are considered essential, not optional, in achieving genuine and lasting change.

Observations from the Report – Jones

Discoveries from the Report

As we are discovering the incredible strengths and capacities of CBOs to facilitate and catalyze community-driven system change, the reality is that global funding structures often limit or sometimes even undermine these potentials. Many of these funders tend to control these grantees and take away the power from them. Often, what happens is that donors or INGOs were instrumentalizing community organizations to achieve their own goals rather than the goals of the host communities. As we were unpacking the powers and influence of CBOs, we discovered that there is a disconnect between how global North funders and how CBOs or communities conceptualize success and impact.

We observed that Global North development and philanthropy tend to focus on measurable input, reaching scale, cost-effectiveness, and replicability – and these are not unvalued by CBOs, but they more deeply value that their host communities are empowered to create change on their own. CBOs want actions to be driven by communities, they want to see meaningful improvement in the lives of community members and ensure lasting change.

So, in effect CBOs focus on how they engage with local stakeholders and systems, the integrity of their leadership, accountability, and transparency. What this means is that there is a mismatch, and that Global North organizations tend to judge CBOs’ effectiveness based on what’s important to them rather than what makes these CBOs effective in their local context.

I feel we urgently need to move to a place of alignment for meaningful systemic change to happen and redefine our yardstick for success.

Reflecting on these discoveries, the report finds that community-driven system change is a way of operationalizing a shift in power and an effective strategic tool that can be used for funders who want to start engaging in a more trusting and empowering partnership with CBOs. No one is saying we should disregard transparency, measurement, and accountability, but we need to rethink how we achieve those and more importantly how we interact with one another. 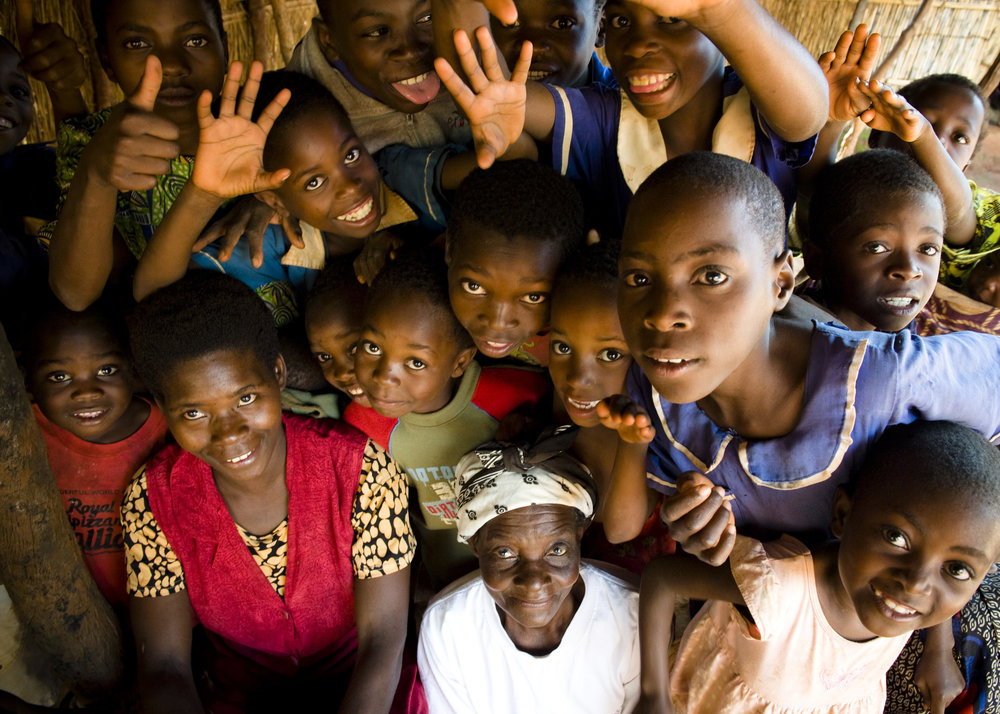 Shifts envisaged because of the Report – Jones

Firstly, I envisaged a new relationship based on trust from Global North funders. These organizations need to trust that CBOs have the capacity to manage resources.

Secondly, I would want Global North organizations to consider working with CBOs as partners and not just as grantees. They must understand that we all want to see development and that the mission is the same. Global north funders should prioritize the provision of enough resources to CBOs. I feel they have done enough for INGOs and that’s good, but they should prioritize working with CBOs because these CBOs have the key to the communities and understand where the shoe pinches. They need to understand that CBOs are working based on firsthand information of issues affecting the communities and they have a collaborative way of addressing these identified issues.

Shifts envisaged because of the Report – Sadaf

For years now, there’s been a focus on system change and I think in this increasing shift towards system change, there’s been a sort of overlooking of CBOs. One thing I am hoping that this report does is to highlight that to have genuine system change, you can’t just fund national and INGOs, but that you need to invest at a critical entry point of the communities through the different CBOs. Two other things have emerged in the last year with COVID-19 and the reckoning globally around racial injustice.

On the first, when the pandemic first hit, many INGOs with their expatriate staff left, and it was the CBOs that were there. CBOs who were from the local communities were the ones actively responding and addressing emerging needs in a very timely manner. These CBOs were partnering with communities, community leaders, government agencies, and other stakeholders all because of the trust and the existing relationship that they hold with the host communities. I think globally, there was a recognition of the specific efficiency and effectiveness of local organizations in times of crisis and emergencies.

The other thing that came out in the last year was the racial justice reckoning when George Floyd was murdered and suddenly it was like, these tensions had been bubbling up and just overflowed around the world. Suddenly, there was this recognition, and this space and willingness to discuss the systems of white supremacy and racial inequity in the world. I think that these conversations have bled into global development in a very important way. Questions around who was making decisions, who are considered more trustworthy, who is considered more knowledgeable in the development sector began to surface. Over the last year or so, the kind of conversations I have heard about racism and colonization in the development space – these are topics I never heard discussed so openly before in my career, though certainly there were smaller pockets of discussions happening in internal safe places. And I feel grateful and hopeful now that there is a more open discussion about it.

In the report, we don’t talk a whole lot about white supremacy and racial justice explicitly. But there is a fundamental underlying premise and belief – that people who are affected by these issues in the Global South should have the power, the resources, and the trust to make the decisions, rather than having Global North and rich white people coming in and dictating what should be done.

As philanthropy and the development sector grapple with questions of power, inequity, and injustice, we really need to think about how we can genuinely shift – or rather – relinquish power, and I think community-driven systems change offers one pathway or set of tools to do this. Another trend that’s been happening for a few years is localization, a word I don’t like. Unfortunately, I think often, what this looks like is some big INGOs come in and set up an office and then say they have localized. While I appreciate the importance of being present in the local context, I don’t think it’s just about a Global North organization coming to set up an office – while the overall agenda is still being determined by the Global North organization.

We invite you to read and download the full report here, also connect with Firelight and FOCOLD to learn more about their work.

Subscribe to our Newsletters for latest philanthropy updates & news.